A great day on Thursday...Years 3 and 4 joined together to celebrate the Commonwealth Games. They participated in Boogying Bollywood dancing, Aboriginal Art and Commonwealth Cuisine. Take a look at the photo gallery!

Wednesday 25th June - The Year 6 Leavers' Production was a real success this year with an outstanding performance of 'Goodbye My Friend' enjoyed by the pupils in the afternoon and the parents in the evening. Well done Willow Class! An extra special thank you must also go to Miss Hall for all her hard work in bringing the performance together.

Staplegrove Sports Day Tuesday 24th July 2014-06-26. A big thank you to all the children and adults who helped to make this year’s Sports Day a success. The Staplegrove School Sports ethos of good sportsmanship, fair play, commitment, perseverance, enthusiasm and determination were in abundance – Well done! Overall winners – Brendons.

Staplegrove Children's Orchestra - with Cathy and children from Oak and Cherry Class. May 2014

Staplegrove Cyclo-cross team represented the School in a Level 2 School Games Competition at Longrun Meadow - A great day! (May 2014)

Members of our school Singing Club travelled to Wellington Junior School to take part in their annual 'Come and Sing' day. This year we performed songs from the musical Oliver! We had a fantastic time and sounded amazing! Have a listen...

As part of their Inventors topic, the children in Cherry, Oak, Cedar and Willow class went to Norton Fitzwarren School and learned all about the famous engineer and inventor Isambard Kingdom Brunel.

To find out more about Isambard Kingdom Brunel click below.

Working with children from Cedar class, the children were asked to create their own bridges using spaghetti, paper and sellotape. The children delivered a presentation about their bridges explaining how they built it and why they have chosen their particular design. The bridges were stress-tested and  given marks for how effective they were. And of course had a lot of fun!

Last night (17th December) we saw the final performance of The Snow Queen - What a show!

Well done to all those involved in pulling off a fantastic production. 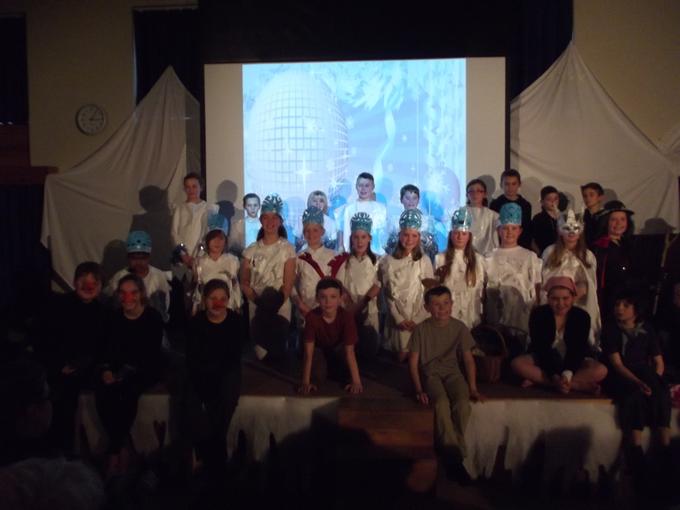 Today (13th December 2013) was the exit point day for KS1's topic The Grumpy Sheep.  The children did a variety of activities all to do with wool!

Here are some photos that show us working together across Elm, Beech and Rowan classes.

KS2 were treated to a fantasic performance of The Snow Queen on Friday morning.  Norton Fitzwarren joined our KS2 classes to watch this adaptation of our up and coming Christmas play.  The children thoroughly enjoyed the performance which featured some cameos from our very own classes!